Symptoms of a Bleeding Disorder

You may have a bleeding disorder if you have one or more of the following symptoms:

If you have one or more of these symptoms, talk to your doctor or other healthcare professional.

The most common bleeding disorder in women is von Willebrand (VWD). Although there are several types of VWD, people with the most common type produce less than normal amounts of VWD factor. In other (less common) forms, either no factor is made or the factor is made but does not work properly. Here are some signs and symptoms women with a bleeding disorders may experience?

Conditions causing minor bleeding may require no treatment. However, preventing or treating more severe bleeding problems, such as heavy periods or excessive bleeding during dental or surgical procedures, requires the use of medications. Healthcare providers, who are experts in treating bleeding disorders,, can help find the best treatment and management options for you.

Where can I find additional information?

Women and girls can also have mild hemophilia. Women who carry the gene for hemophilia can have factor levels that are low, resulting in a diagnosis of mild hemophilia. Sometimes these women are referred to as “symptomatic carriers.” There are many rare factor disorders (link), including factor I, II, VI, VII, XI and XIII deficiency that affect men and women equally. Learn more.

Do you think you may have a bleeding disorder?

If you have symptoms of a bleeding disorder, it is important to get a proper diagnosis and treatment from a specialist, called a hematologist. In the U.S., there is a network of hemophilia treatment centers (HTCs) that provide comprehensive care to patients with hemophilia and other bleeding disorders, and even some that have specialty services for women and girls. HANDI, our information resource center, can provide information on bleeding disorders and the nearest HTC. Find an HTC near you.

When you enroll in Blood Sisterhood, a program designed by the Hemophilia Federation of America (HFA), you get connected with a community of more than 500 women with bleeding disorders. In addition to this peer support network, access to educational resources and events, you will also receive a special Blood Sisterhood Welcome Kit! 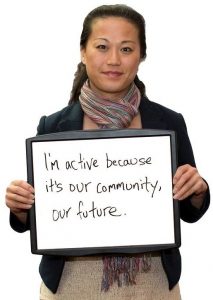 Learn more about Blood Sisterhood Resources and access a multitude of resources for women!